New Role of Hongqi SHANG in the GWP Nomination Committee

Mr. Hongqi SHANG, on behalf of GWP China Region, was duly approved by the GWP Steering Committee as new independent Nomination Committee member on 5th December 2017, in Stockholm, Sweden. Let us congratulate this tireless water-worrier to be a member of the GWP Nomination Committee!!!

He is the one working hard as if never knew fatigue.

No one than Hongqi SHANG has more energy or passion on river basin management, integrated water resources management (IWRM), international cooperation, or knowledge. 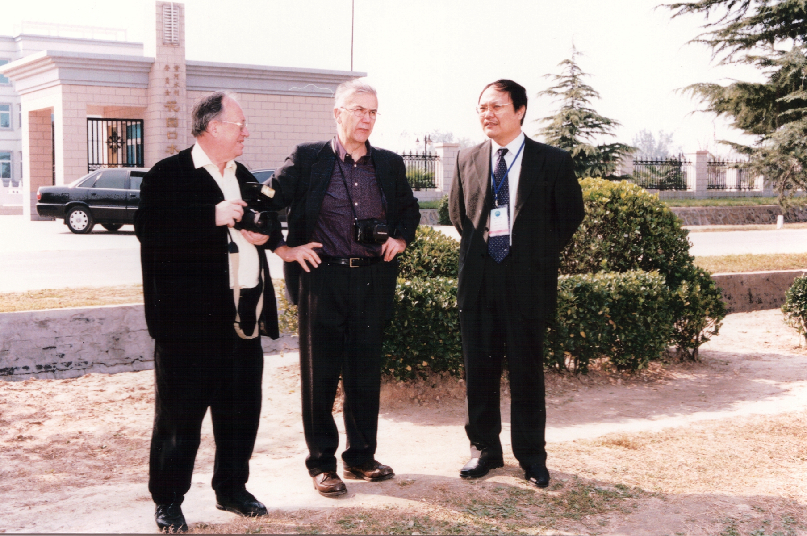 Along with the involvement of the GWP development, he has promoted widespread international exchanges and one of the most cherished invention was the Yellow River International Forum.

As one of the most significant products of YRCC, the Forum was open to all stakeholders to exchange knowledge and practical experiences regarding the integrated river basin management, transboundary river coordination between different provinces/areas, the nexus of water-agriculture-ecosystem, water and social development, etc at each level. Being a founder, Hongqi said the primary motive was to concretize international cooperation with progressive outcomes that would be highly beneficial to protection and ambient development of the Yellow River and more river basins at regional and global levels. Yellow River International Forum has played as a bridge for the communications between governments, institutions, enterprises, universities, civil societies, UN agencies and NGOs.

In the 2015 Singapore International Water Week, YRCC was rewarded upon two outcomes. One was its revolutionary governance and related optimal impacts that ended up dry channels in the Yellow River. Another was its coherent contribution of river related management lessons and achievements to other countries.

For nearly two decades of working on the Yellow River, Hongqi has led programmes or activities regarding multiple intragovernmental collaborations between the Yellow River and Europe, Asia; knowledge sharing with various stakeholders; networking progress for YRCC and GWP China.

Given the nature of humour, optimism and munificence, he is always warm-hearted to the pursuit of natural, water and environmental improvement. For the sake of his generous devotion, Hongqi has a grand asset of professional and personal network, which returns him ‘success in the World Water Fora’, ‘upshots during the World Water Week’, and ‘the global steering committee member of the World Water Week’.

Hongqi will work with the GWP Chair, Dr. Oyun; and other few members to help the organization optimize performance and enhance governance structure.

"I welcome you to GWP and I am looking forward to working with you, being able to draw on your valuable and wide experience within water management", said Mr. Kenzo Hiroki, Chair of the Nomination Committee, in his warm letter to Hongqi.