On November 1, 2018, GWP China was invited to the high-end seminar on Sustainable Urban Water Management under Climate Adaptation, co-sponsored by the Netherlands Ministry of Infrastructure and Water Management and the World Resources Institute (WRI), in Beijing.

Chaired by Anne te Velde, Counsellor Infrastructure and Environment, the Dutch Embassy, and Lailai LI. China Country Director, World Resources Institute, the Seminar interpreted ‘climate adaptation’ under the current circumstances. It refers to the management of risks caused by climate change, such as floods, droughts, rising sea levels and hurricanes.

Ambassador to the Netherlands to China, Ed Kronenburg said, “many people are still not aware of the impact of climate change on humans. People need to take more actions. The Global Climate Adaptation Committee and 17 countries are involved to focus on climate change adaptation. The solution is to strengthen the adaptation mechanism and try to take global measures on related issues. It is important to emphasise that China is involved and plays an important role in environmental and climate issues. The Netherlands is one of the most densely populated countries in the world. One-third of the country is below sea level, and two-thirds of the country is a flood-prone area. Therefore, the Netherlands is very vulnerable to climate change. Paying attention to urban spatial planning, emphasising the role of technology at the beginning of planning, at the same time, also focusing on financing and management. China's sponge city construction has an excellent experience, and we hope to bring together the wisdom of the world and exchange mutual knowledge." On behalf of the Ministry of Ecology and Environment of China, Wei SUN said, “climate adaptation will contribute to the sustainable urban development, high-quality development of the country/region, low-carbon & green transformation. We should jointly work towards the goals of the Paris climate agreement and adapt to climate change in such situations.”

CEO of WRI, Andrew Steer said that climate change has fundamentally changed the situation of water resources and that rising sea levels have caused floods. At the same time, extreme weather has led to many droughts. The emergence of water, the flow of water has also become unpredictable. Global climate change affects people's lives through various channels but involves water. 'Water adaptation' is a foundation.

GWP China sent Yilin Ma, Regional Communications Officer of GWP China participating in the high-level dialogue. GWP China at the session expressed that the integrated water resources principle has been an eternal mission for diverse sectors working on water-related strategies. The water and cities would be one of the critical development strategies for each municipal in the world. GWP, WRI and more international NGOs should play the role of facilitator for an open and free exchange between governmental agencies, research institutions, the private sector and youth/women associations. 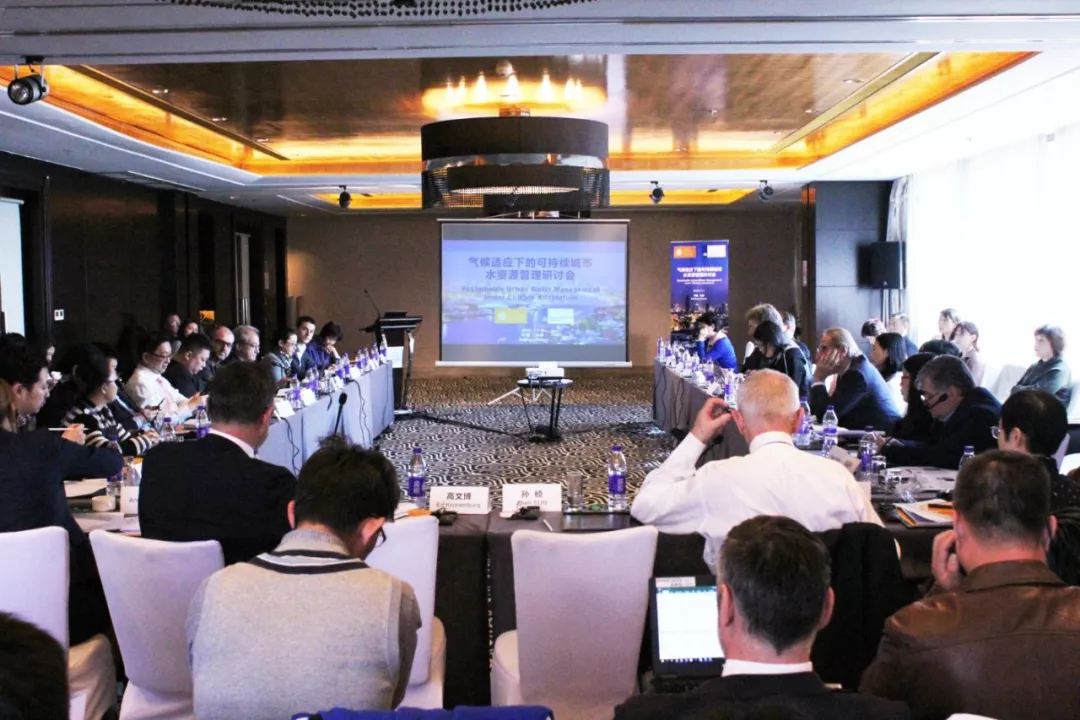