The Steering Committee of the National Water Partnership, Republic of Congo ( GWP-Congo) holds its annual meeting in Brazzaville

The GWP-Congo Steering Committee meeting was attended by all the members of the Committee and the Executive Secretariat. The meeting began with a word of welcome by the chair during which he highlighted the two main objectives of the  meeting which were to carry out a mid-term review of the Annual Work Plan and discuss plans for the General Assembly of the partners of GWP Congo.

With regards to the mid-term review, the Steering Committee noted the implementation of some activities such as the accreditation of GWP-Congo which was applauded by the members of the committee. Some other achievements highlighted was the support GWP Congo provided to the government  during the 2nd round of reporting on objective 6 of the Sustainable Development Goals (SDG) on water and sanitation and the implementation of certain priority actions of Integrated Water Resources Management (IWRM). However, it was noted that the slow progress in the implementation of some activities is as a result of the Covid-19 pandemic. 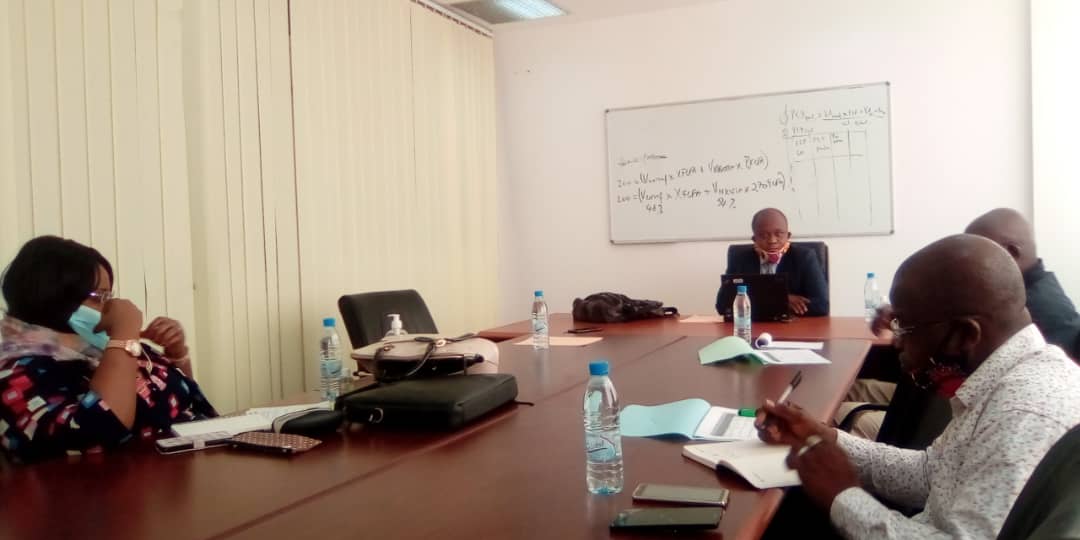 The second objective of the meeting which was the preparation of the General Assembly , was entrusted to the Executive Secretariat of GWP Congo to prepare the terms of reference, budget and to propose a date and venue for the meeting .

Based on these discussions, the following recommendations were made at the end of the meeting :

- Open a bank account with three (03) signatories: the Chair, the Vice-Chair and the Executive Secretary.

- Set up Local Water Partnerships  in the divisions of Sangha and Pointe noir.

- Set up a technical committee of experts

- Send a letter to GWP-Congo partners to express their capacity building needs.

The meeting ended with a closing speech by the Chair, Mr. Herve Didas during which he thanked all the members for their presence and contributions which will advance the implementation of IWRM in the Republic of Congo as well as strengthen the institutional and financial capacity of GWP-Congo.