Over six communities (approximately 4000+ people) in the Far North Region of Cameroon have been sensitized on the origin of dental fluorosis in a bid to reduce stigmatization of affected persons, especially women and girls.

Previous research by GWP-Cameroon (GWP-Cmr) support the assertion that a high fluoride concentration in groundwater (which is the main source of drinking water) in the Mayo Tsanaga River Basin is the principal cause of the prevalence of dental fluorosis in the region. In addition to the health impacts of the disease, further research revealed the gender related psycho-social impacts especially on women and girls. 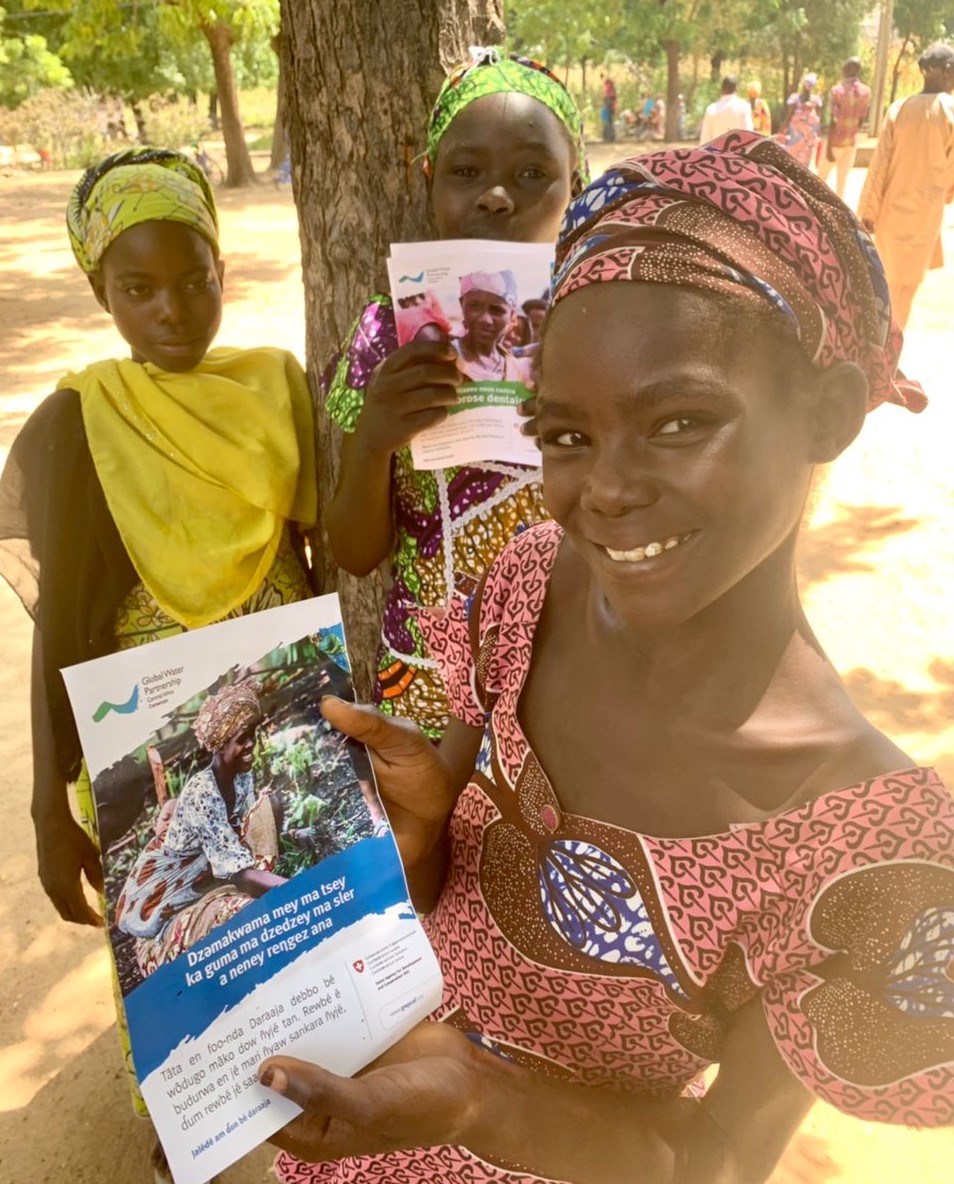 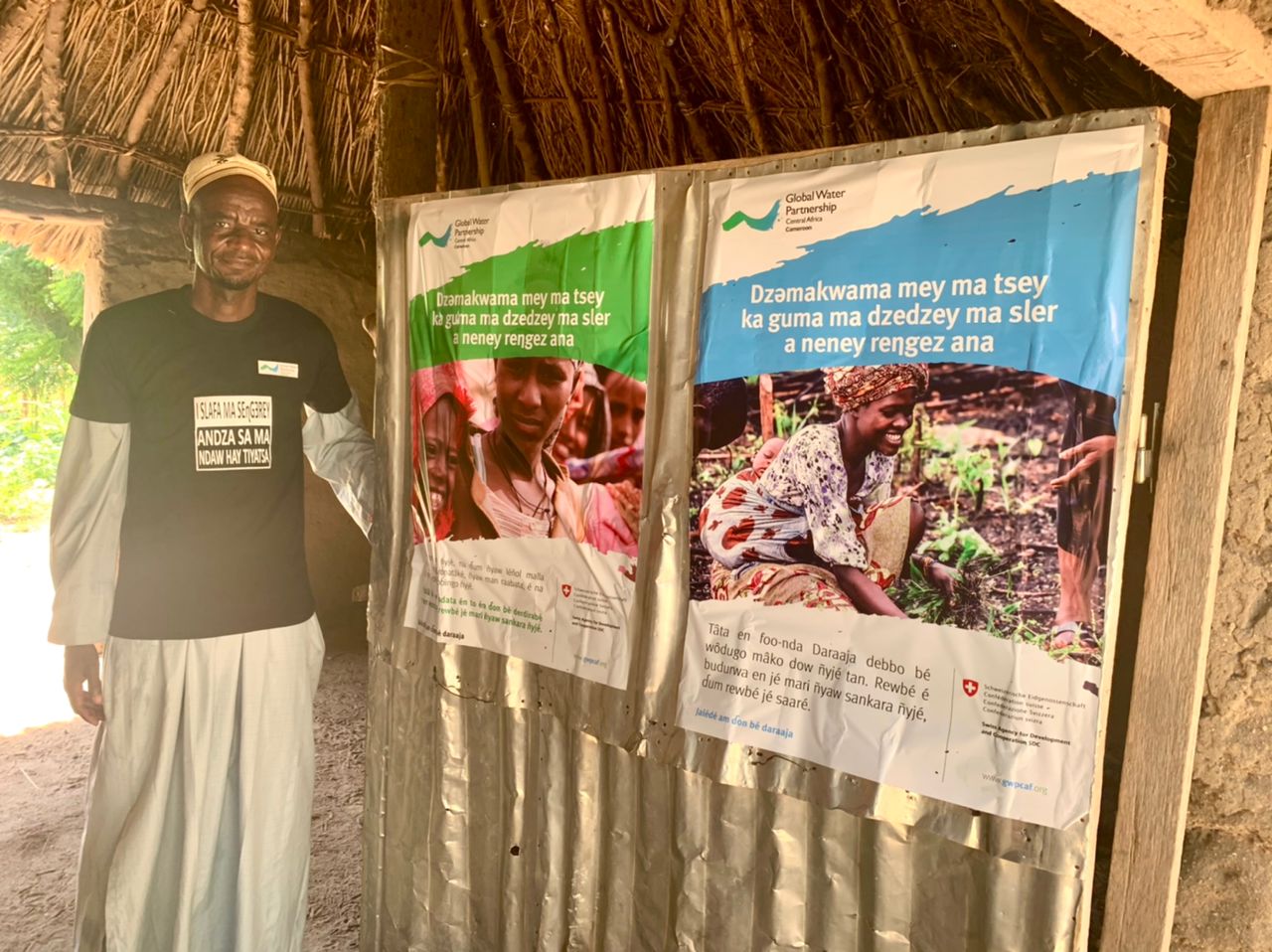 The most recent phase of the campaign which ran from October 1st – 4th was carried out by a team of GWP Cameroon and Central Africa staff, previously trained women leaders and other key resource persons in the communities involved the distribution of posters and flyers with key messages in French, English and local languages (mofou and fulfude) in markets, health centers, local government institutions, churches, hospitals, schools, and other strategic places in Meri, Douvangar, Bogo, Doulek, Kousseri and other localities. 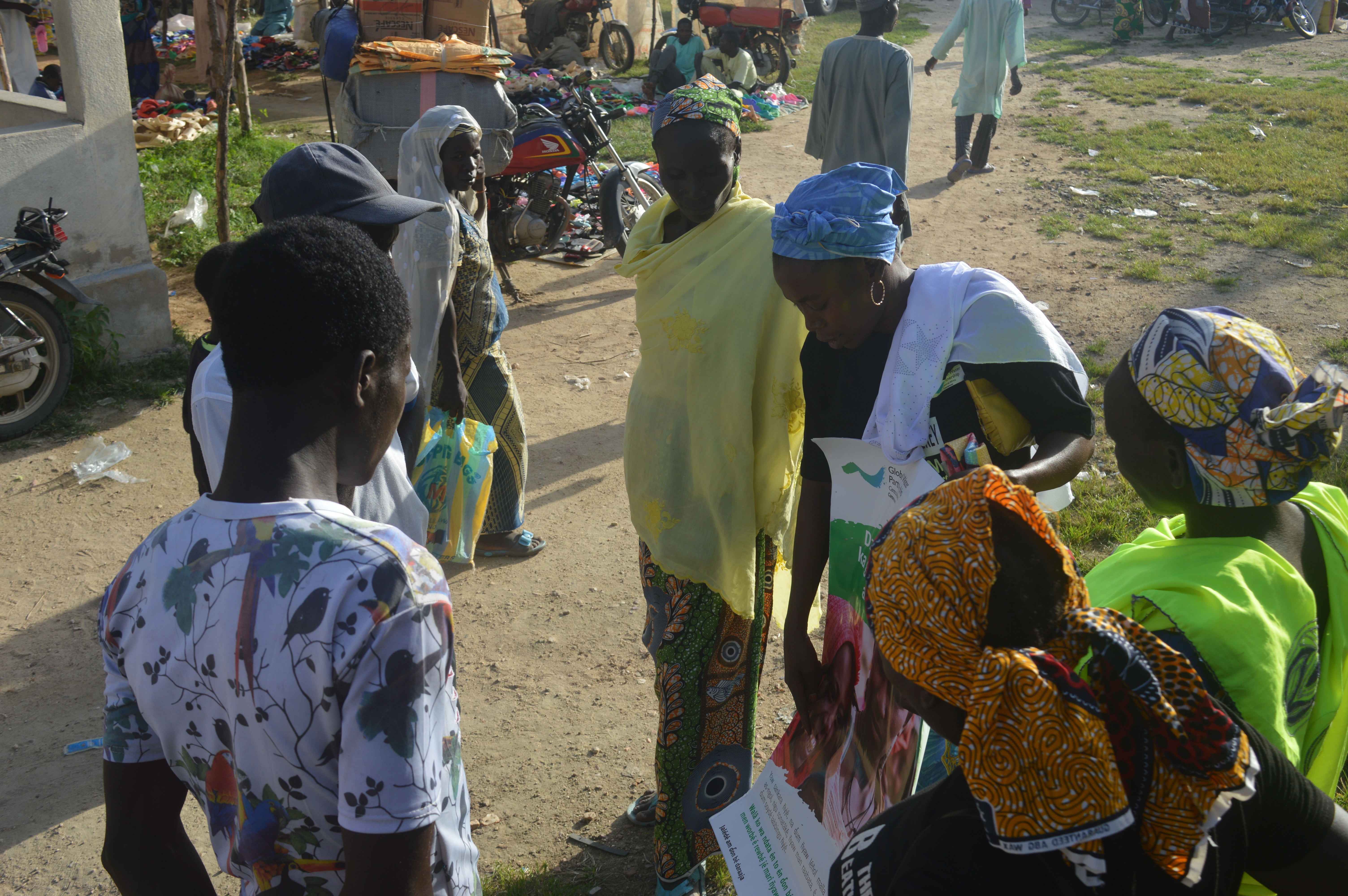 T-shirts with the key campaign message, “My smile matters” inthe afore mentioned languages were also distributed to communities and informal educative talks held in Bogo and Douvangar on the origin of dental fluorosis, the need to stop stigmatization of affected persons and the state of the research carried out so far by GWP-Cameroon and partners (Ministry of Water Resources and Energy, ACEEN, Centre for Environmental and Development Studies in Cameroon (CEDC) to reduce the fluoride concentration in drinking water.

Speaking on the educative talk in Bogo, a neighborhood leader said, “We have seen “yellow teeth” in our community for as long as we can remember – our parents, grandparents, us and now our children. It has been a norm for us – thank you (GWP) for coming all the way to our village, to tell us that our water is the cause of the yellow teeth, and we will support you anyway we can in your work to remedy this issue and spread the message”. 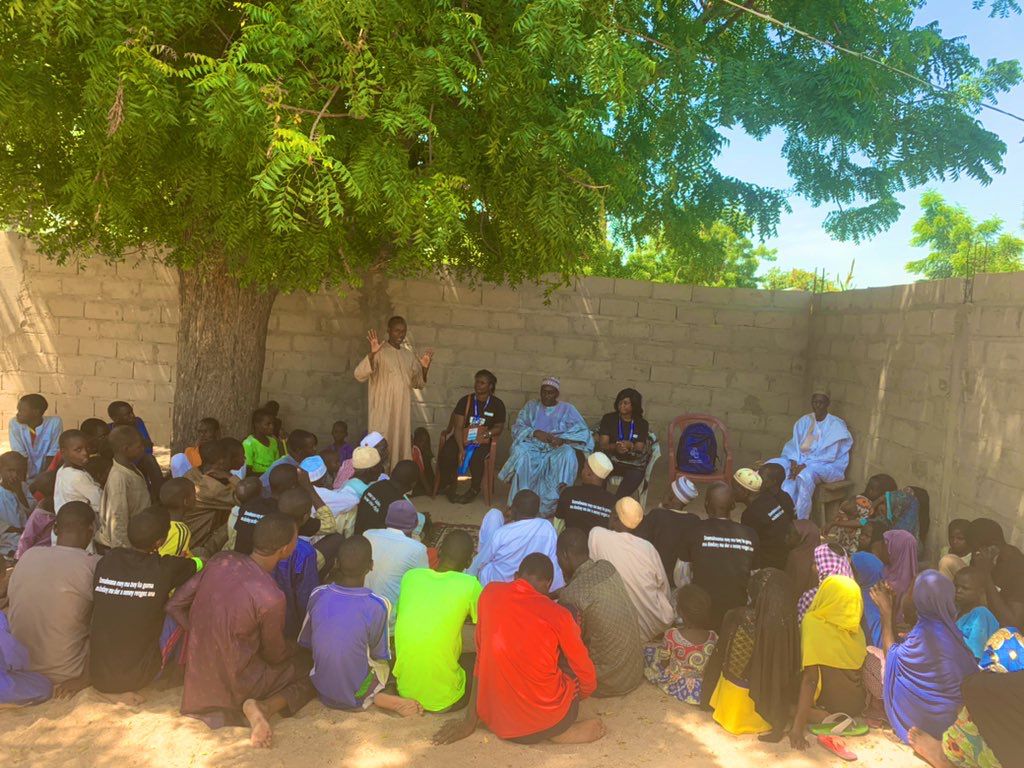 Another key phase of this sensitization campaign was creating partnerships with local media (especially community radio stations) within the region to facilitate the dissemination of the gender sensitive messages in local languages and the distribution of the recently shot video documentary on dental fluorosis. Strategic meetings were also held with key partners in the region notably, UNICEF, UNESCO, Regional office of the Ministry of Water Resources and Energy, Association Camerounaise pour l'Education Environnementale (ACEEN) CEDC to discuss the state of the project implementation, lessons learnt and brainstorm on key next steps. 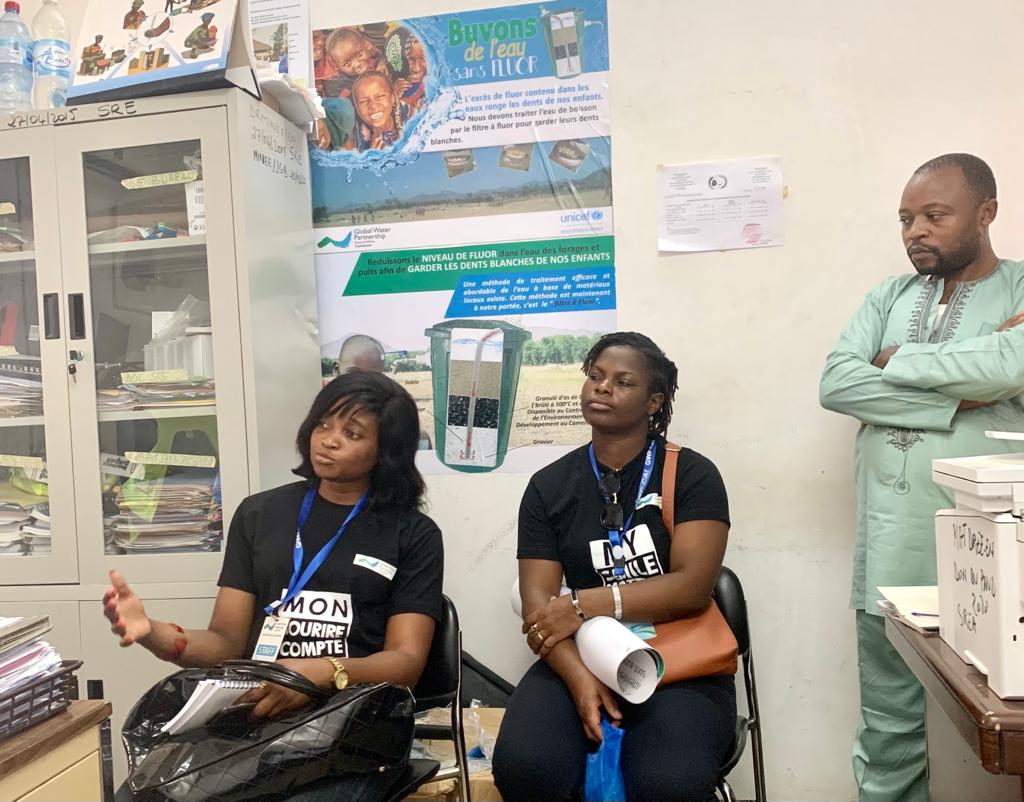 New partnerships were established with some local authorities and government institutions notably the Regional Office of the Ministry of Communication and the National Assembly which present as advocacy opportunities for the pilot project.